The ambassadors of the IPCY: 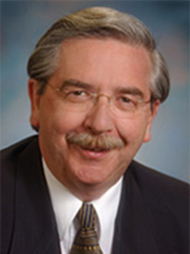 Holding a Ph.D. in organizational psychology, Yvan Bordeleau is particularly interested in the protection of democracy and in the understanding of its dynamics, in the roles and responsibilities of citizens, and in the education of enlightened citizens.

A professor of psychology at Université de Montréal from 1968 to 1989, he was the director of the department of psychology from 1987 to 1989. Throughout his academic career, he has been interested in personnel management style, consultation in organizational environments, scientific methodology, and the development of research abilities based on curiosity, open-mindedness, questioning and critical thinking. From 1989 to 2007, he was elected deputy of the constituency of Acadie at the national assembly of Québec; he was then nominated parliamentary assistant at the Ministry of Municipal Affairs, to the Vice-Prime Minister and Minister of International Relations, to the Ministry of Education, Leisure and Sport. In 1999, he was nominated honorary professor at Université de Montréal. He has published Citations sur la politique et les politiciens (sérieuses, humoristiques, insolites) in 2000, La démocratie, une affaire de tous – Redécouvrir le vrai sens de la politique in 2012 et Le citoyen éclairé - Échapper à l’illusion des certitudes in 2016. He has been a member of the administration board of the Conseil des ex-parlementaires de l’Assemblée nationale du Québec, of which he was the president from 2016 to 2018. Since 2007, he also been on the evaluation committee the Prix de la justice du Québec. Additionally, he has been a member of the executive committees of the Société d’assurance automobile du Québec (2009-2019) and of the Fondation des parlementaires Culture à partager (2005-2018). During his academic and political career, Yvan Bordeleau received the Vermeil medal from the Société d’Encouragement au Progrès de la République Française in 1988 for his contribution to work psychology. He was nominated Commander of the Order of the Pléiade (ordre de la Francophonie et du dialogue des cultures) in 2010, et honoured in 2015 with the « Médaille de l'Assemblée nationale du Québec » for his contribution to the official recognition of the Armenian genocide. 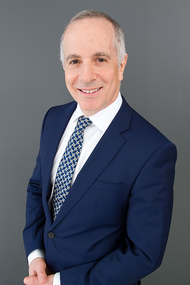 Brian Bronfman holds degrees in Philosophy (B.A., McGill), Law (LL.B. & B.C.L., McGill), Natural Resource Planning (M.S., University of Vermont) and Mediation (Cert. Med., Woodbury). In 2006, he established the Brian Bronfman Family Foundation whose main focus is peace in action.  Subsequently, he co-founded the Peace Network for Social Harmony (whose members come from the worlds of business and philanthropy) and the Tools of Peace initiative (whose members are NGOs), using collaboration to build strength around positive, practical peace work, all in an effort to foster greater social harmony. Brian has served on numerous boards and committees. The list presently includes: the YMCA Peace Medals (co-President), the International Community Action Network (Advisory Board), the McGill School of Religious Studies (Advisory Board), and the Centre de services de justice réparatrice (Ambassador group). In 2009, he coordinated the Dalai Lama’s visit to Montreal. Professionally, he has taught conflict resolution, worked as a mediator, and founded the Social Mediation Division of Institut Pacifique. He now devotes 100% of his time to philanthropic endeavours. In 2010, he received the Canadian Institute for Conflict Resolution’s Award of Merit, and in 2012 he received the Queen’s Diamond Jubilee Medal for his work in philanthropy. 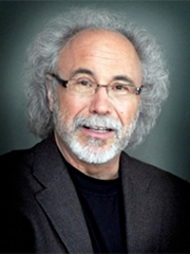 Through his various functions as journalist, deputy, president of the National assembly of Québec, and minister, Jean-Pierre Charbonneau has worked toward a more just, transparent and inclusive democracy, and for more cooperation among individuals and peoples.

Trained as a criminologist, Jean-Pierre Charbonneau was first an investigative journalist of crime, corruption and police affairs at La Presse then mostly at Le Devoir. He was elected deputy at the National Assembly of Québec in 1976, then became René Lévesque’sparliamentary assistant in 1982 and created the Youth Secretariat. In 1989, he left politics to go to Rwanda, where he directed a volunteer cooperation program. Back from Africa due to the war, he accepted to take on the responsibility of the rescue and recovery operation of OXFAM-Québec.

He went back to politics in 1994 and became president of the National Assembly of Québec then minister of Canadian intergovernmental affairs and of reform of democratic institutitions. His political career—which ended in 2006—earned him the Louis-Joseph Papineau award in 2012, the Parliament’s medal of honour in 2014 and the title of Officer of the National Order of Québec in 2018. 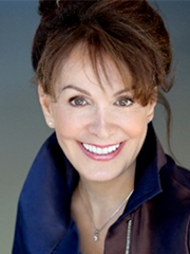 Assistant Professor at McGill University's Faculty of Law, Louise Otis is a mediator and arbitrator in civil and commercial affairs. She is a Distinguished Fellow of the International Academy of Mediators (IAM), President of the Administrative Tribunal of the Organization for Economic Cooperation and Development (OECD) and President of the Appeal Tribunal of the International Organization of La Francophonie (OIF).

Over the past decade, she has been mandated to review the administrative justice systems of the United Nations (UN), the World Bank (WB), the International Monetary Fund (IMF) and the Geneva-based Global Fund to combat against malaria, tuberculosis and AIDS. She has practiced as a judge in the Quebec Court of Appeal and has participated in over 3,000 commercial, civil and criminal law judgments.

Mr. Otis speaks internationally in various contexts to give lectures on dispute resolution mechanisms and disputes before several institutions. These include the Council of Europe, the European Public Law Organization (EPLO), the Weatherhead Center for International Affairs at Harvard University, the International Academy of Mediators (IAM), the American Bar Association, the Supreme Court of China, the African Development Bank (AfDB), Pepperdine University, the Paris Bar, the Australian Center for Peace and Conflict Studies, the European Conference of Judges, the Brazilian and Russian judicial institutions and several national courts and universities.